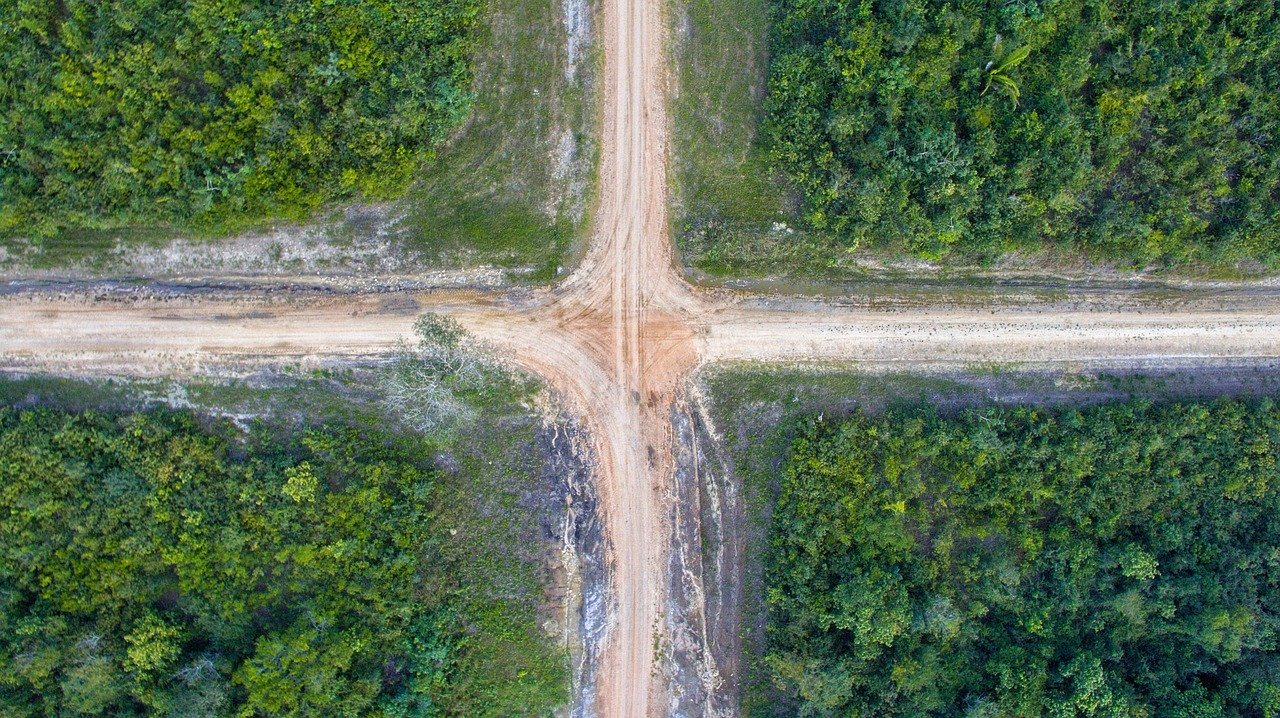 The past few years have taken a massive toll on the minds of people all around the world. We’ve been divided in every possible way, whether that’s left vs right, black vs white, woman vs man, christian vs atheist, or any other variation of “us vs them”. It’s nothing short of an assault on human decency, and I’m wondering when we’ll get the message.

But instead of focusing on the problem, which we do all too often, it may be best if we all focused on the solution. The dividers and conquerors out there will keep on dividing and conquering, but for those who’d like to become peacemakers in our society then hopefully the following five suggestions will be helpful.

Have you ever noticed that so much of the anger we see in society festers online before it hits the streets? We live more in our digital worlds than we do in the real world now, and that means that every one of us are living in our own little bubbles. Let me explain the ABC of how the internet works:

A) You share, respond to, and search for content online, and this creates a blueprint called “you”.

B) Now that the internet knows what you like (and it DOES know what you like) it is incentivised to show you more of what you like to search, share and respond to. Advertisers, media channels, and businesses can now target you with click-bait headlines and enticing products that they know will make you excited, angry, sad, happy, or any other emotion that they need you to feel in order to get you to act in the way they want you to act.

And this is how we all get stuck in our own little worlds where we only ever see, follow, listen to, hear, share, and receive messages that fit into our bubble. Understanding this process, in my opinion, is the first step to making positive uniting changes in the way we interact with each other both online and in person.

The language a person uses is a gateway to understanding their motivations, their fears, their hopes, and their internal judgements about what it means to be a human being. From now on, try to stop using the following phrases:

3 – Don’t Participate in Dividing and Conquering

Listen to the language people use and try to see how it affects you and the way you view other people. People who gossip and divide groups literally spread poison through their words, and that poison spreads quickly. Choose to not participate when people are gossiping or using language that belittles and degrades others. Your soul will thank you for it later.

Don’t like the opinions on the “other” side? Maybe what you need is a healthy dose of “Zeno’s potion”. The Stoic philosopher Zeno once said that “we have two ears and only one mouth, so we should listen more than we speak”. Are your words drowning out your ability to hear the other side? If you don’t like something then why not learn more about it? We know now that the only way to overcome ignorance or fear is to learn more and face fears voluntarily, so from now on try to understand the other side instead of vilifying them.

5 – Don’t Invite the Devil to the Party

As humans we tend to let our minds work against us constantly, and one of the ways we do this is by inviting the devil to the party. Let me explain:

Have you ever said anything like “I just can’t stand drama, so I’m going to go and tell [insert friend/family member who is creating drama] that I’m done with all the drama!”? Well maybe this isn’t the best approach. See, by making a big deal out of other people creating drama you’re literally adding fuel to the fire and inviting the very thing you proclaim to dislike back into your life.

So instead of marching in on your white steed ready to tell people how much you hate the drama, why don’t you try to embody your values by simply not participating in the drama? Sure, you could be the hero who saves the day, but that day won’t be saved without you getting involved in a lot more of the stuff you supposedly are fighting against, so sometimes the best way to save the day is to simply not try.

Did you know that recent findings in biology and psychology have led scientists to suggest that much of our political decision making comes down to our DNA? For example, in a recent article on Science Daily we can see a study that shows that political party preference for an individual can accurately be predicted by looking at that individual’s personality traits. Think about it. We’re born with specific DNA and then that DNA interacts with a certain cultural structure, and all of a sudden here you are – a fully formed human being with a belief structure made up of all the things you’ve learned and experienced that interacted with your biology. What makes any of us think that we really know anything? In fact, if you really think about it you’d probably see that we don’t often have ideas, but rather ideas often have us. What else could explain the pain we feel when we are forced to change our opinions in light of new facts? We don’t like to change, and this is one of the clear signs that we have no idea what we think or why we think it.

Similar to the previous point, it’s important for any budding uniter-of-humanity to try and understand the very complex world of paradigms.

See, humans have this weird habit of believing that if they were in another person’s shoes then they would act differently. But this way of thinking is simply a thing of the past and it really isn’t helpful to you or the person you’re disagreeing with.

Meditate for a while on the fact that if you were born in a different place to different parents, grew up in a different way learning different lessons, and experienced different things every day, you wouldn’t be who you are right now. This simple exercise should be enough for you to understand that pretty much everything that people do seems rational and right to them, just like most things that you do seem rational and correct to you. So maybe now that you know this you can make room for a little more compassion and a little less blame as you view the way that other people act or what they believe.

The one true sign of a peacemaker and a unifier is the act of repairing a broken relationship. Life is too short to fight against the ones you love, and with the world as divided as it is now it’s more important than ever for people to not do more damage than is necessary. The world can crumble into chaos around you, but the one thing that you can do to control the chaos is to make sure that it doesn’t come to your doorstep, and that means that we should try as best as we can to mend relationships that don’t need to be broken. What’s more important: being right, or being civil?

Again, I want to stress that what the world needs now is for more strong individuals to stand up and become peacemakers and unifiers. Forget the drama. Forget the hate. Leave the mockers, the laughers and the dividers to themselves. They’ll fit into society as they always have, but you don’t have to be like them. You can choose to be a guiding light in your family and your community, and by doing so you’ll be changing the world in a profound and meaningful way.