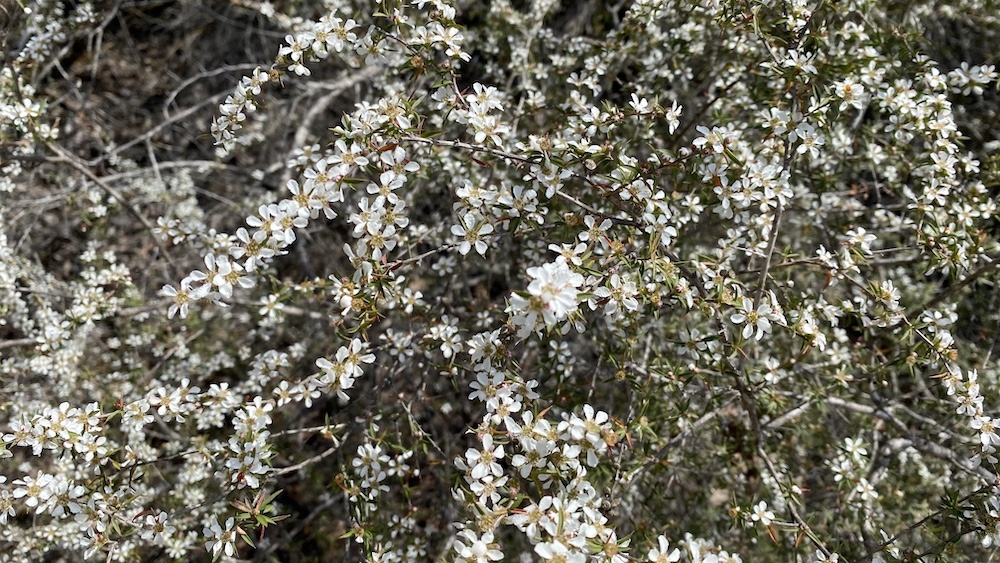 For the past few weeks I’ve been mostly locked in my room studying, writing, coaching, recording and in general busying myself with all manner of tasks on my to-do list. As such, I’ve neglected one of my most life-affirming pastimes, namely running through the mountains and trails of the Glasshouse Mountains National Park in the Sunshine Coast Hinterland. So with Spring having now arrived I decided that enough was enough. An afternoon among the trails was well overdue!

Ordinarily I would listen to music as I run through the trails or take on the mountains, however this time seemed like an opportunity for something altogether different. It was time for walking and silence. After all, the world is quite loud at the moment, wouldn’t you agree? Maybe we could all use a bit of silence. I know I sure needed it.

What immediately took my breath away was seeing that spring has brought with it some stunning wildflowers. What a pleasure it was to walk amongst these seasonal beauties! Sometimes we fail to recognise the delicacies of our own environment because over our lives we’ve become accustomed to them, and so their flair becomes lost to us. Today was the first time I truly saw how glorious our local wildflowers are. In particular, I was blown away by the millions of tiny white flowers growing all throughout the trails. Many times I found myself walking in beautiful groves under archways of white flowers.

Then there were the blue, purple and yellow flowers which, though scarce, managed to capture my imagination with just as much gusto.

One thing that really crushed my to the core (in the best way possible) was the utter complexity of Nature’s art. Some of the tiny bouquets of wildflowers were so divinely intricate and so beautiful in their completeness that I had to take a moment to appreciate the masterpiece that I was witnessing. Moments like these remind me that there is stunning art to be found everywhere if you’re willing to look closely enough. See the photos below to know what I mean. They capture Nature at it’s best – works that could never be recreated by mere human hands.

Then there were the little moments unfolding throughout the inner life of the forest, viewable only to those with a keen observant eye. The ants making their way up and down the grass trees, the goanna (an Australian lizard) staring at me with great caution as I wander by, or the bees going about their daily duties.

But above all, the thing that was most refreshing about this hike was the silence, or the lack thereof. There truly is music within silence, and today I was reminded of just how joyous Nature’s song is. But do we listen? When I actually took moments to pause and pay attention to the sounds of the forest I was so grateful to hear what I heard. All kinds of bugs and little animals, the wind blowing through the dry trees, a distant highway (not preferable, but welcomed with grace), birds singing. A “tat-tat-tat” over here and a “sweeeeeyu!” over there. A “flut-flut-flut” from above and a “zzzzzz” in the ground below. I’m a jazz musician, so you have to allow me some creative licence here!

I want to remind you to occasionally take time to listen to the silence that can be found in nature or really wherever you are. Take in the senses and see what you can learn. You’ll soon find that there’s so much to take in when you decide to pay attention. A whole world is just happening out there with the most stunning intricacies unfolding in every second, and we have absolutely nothing to do with it. That, in my opinion, should be one of the most humbling realisations one can come to.