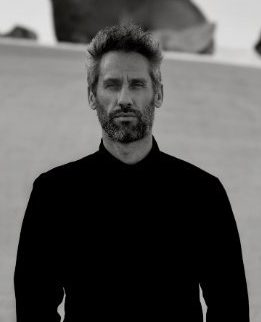 Composer, producer, multi-instrumentalist, artist and co-founder of Los Angeles’ artist collective The Echo Society, Rob Simonsen has contributed to almost a hundred film and television soundtracks in the two decades since he was first asked to provide piano solos to a movie made by high school friends. Having developed a presence in the Portland independent circuit with his first formal commission, Westender (2003), he was invited to assist veteran composer Mychael Danna, and in 2004 relocated to Los Angeles, where he contributed music to Danna’s Academy® Award-winning score for 2012’s Life of Pi, as well as Surf’s Up (2007), The Imaginarium of Doctor Parnassus (2009), and Moneyball(2011). He and Danna also co-scored (500) Days of Summer in 2009, helping to establish Simonsen as a sought-after talent in his own right.

Since then, Simonsen’s composed music for 2015’s The Age of Adaline – for which he co-wrote the end credits theme – in addition to a slew of other films, including The Spectacular Now (2013), The Foxcatcher (2015), Tully (2018), Love, Simon (2018) and Captive State (2019). In addition, Simonsen launched his solo artist career in 2019 with his debut full-length album, Reveries, for Sony Masterworks.