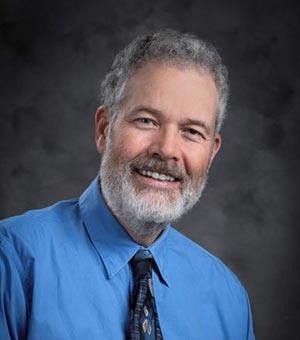 William O. Stephens was born in June 1962 in Lafayette, Indiana. He was raised in West Lafayette, Indiana, the second son of Purdue University professors. He attended West Lafayette Senior High School where he earned varsity letters in tennis and began his study of ancient civilizations and Latin with an inspiring teacher named Oliver S. Oesch. After two years at the College of Wooster in Ohio studying philosophy with James Coke Haden and Latin with Joe and Leslie P. Day, Stephens transferred to Earlham, a Quaker college in Richmond, Indiana. At Earlham he studied philosophy with Robert L. Horne and Peter Suber, Greek and Latin with Steve Heiny and Liffey Thorpe, and played varsity tennis (doubles). After graduating from Earlham in 1984, Stephens moved to Philadelphia to do his graduate work at the University of Pennsylvania. At Penn he studied with Charles H. Kahn, Alexander Nehamas, and Martin Ostwald, and received his doctorate in philosophy in 1990. In autumn of that year he joined the Arts & Sciences faculty at Creighton University.

He has published articles on topics in Stoicism, Epicureanism and friendship, ecology and food ethics, ethics and animals, sex and love, sportsmanship, and the concept of a person. His books include an English translation of Adolf Bonhöffer’s work The Ethics of the Stoic Epictetus (Peter Lang, 1996), an edited collection The Person: Readings in Human Nature (Prentice Hall, 2006), Stoic Ethics: Epictetus and Happiness as Freedom (Continuum, 2007), and Marcus Aurelius: A Guide for the Perplexed (Continuum, 2012). A manuscript entitled Lessons in Liberation: Epictetus as Educator is his current research project. He teaches a variety of courses in philosophy.

Stephens has traveled widely. In May 2016 he toured much of Poland, from Wiżajny (near the Lithuania border) and Suwałki in the northeast to the lakes of Mikołajki. After presenting two papers at the University of Warsaw he visited Kraków, the Wieliczka salt mine, and the Auschwitz-Birkenau concentration camps. In June 2017 he returned to Poland, presented two papers at the University of Warsaw, and visited Poznań, Jastrowie, and the village of Chwalimie before traveling to Marseille and Aix, France.

He has presented papers abroad at conferences in London, England (Stoicon 2018), in Toronto, Canada (Stoicon 2017), at Aix-en-Provence, on the island of Rhodes, at Vilia, Greece, and at Palmerston North, New Zealand. He has toured the island of Crete, the northern and southern islands of New Zealand, Iceland, and several of the Galapagos Islands. Stephens has taken cruises to Ensenada, Mexico, the Bahamas, and the Isle of Symi in the Dodecanese island chain. His expedition aboard the National Geographic Endeavor to the Antarctic peninsula was by way of Santiago, Chile and Ushuaia, Argentina. In England he has toured Cornwall, East Sussex, Bournemouth County, the Salisbury Plain (and Stonehenge), the Lake District, the Scottish Highlands, and the Isle of Skye. He has visited Montreal, Vancouver Island, and Victoria, British Columbia. In the Hawaiian islands he has visited Maui (and Haleakalā), Kauai (and Waimea Canyon), and much of Oahu.

Stephens enjoys tennis, chess, hiking, spelunking, kayaking, and nature photography. His domestic treks include the Wonderland Trail around Mount Rainier, the Cascades, and the Olympic peninsula in Washington. He has kayaked in the San Juan Islands of Washington and in the Point Reyes National Seashore area of California. He has visited Crater Lake in Oregon and Boundary County, the Kootenai River, and Coeur d’ Alene in the Idaho panhandle. In California Stephens has hiked in Redwood, Yosemite, and Joshua Tree National Parks, spelunked in Lava Beds National Monument, and visited Crescent City, Tule Lake, Bodega Bay, Monterey, and Big Sur. He has explored Arches National Park, the Moab area, the Valley of the Gods, and Monument Valley in Utah. His travels in Arizona include the Grand Canyon, Canyon de Chelly, Petrified Forest National Park, Buenos Aires National Wildlife Refuge, and Sedona. He has visited Shiprock, Petroglyph National Monument, and Santa Fe in New Mexico. In Colorado he has visited Rocky Mountain National Park, Crested Butte, Mesa Verde, Durango, Royal Gorge, Silverthorne, Breckenridge, Vail, and has traveled over Loveland Pass. In August 2016 Stephens drove Mount Herman Road from Monument to Woodland Park, Colorado. As a boy he visited Yellowstone and Grand Teton National Parks. His travels include the Badlands, Wind Cave, and the Black Hills of South Dakota, Madeline Island off the northern coast of Wisconsin, Mammoth-Flint Ridge Cave of Kentucky (the longest known cave system in the world), Acadia National Park in Maine, the Outer Banks of North Carolina, and many parts of Florida. He has yet to visit Alaska, Louisiana, Arkansas, or Mississippi.

From an early age Stephens has closely followed the misadventures of the Chicago Cubs, which helps explain his interest in Stoicism. Stephens watched his Cubs win game seven of the World Series Nov. 2, 2016 at Progressive Field in Cleveland, Ohio. He lives in the Bemis Park neighborhood of Omaha in an arts & crafts style house built in 1912 he shares with four cats and a talented chef blessed with a beautiful singing voice.