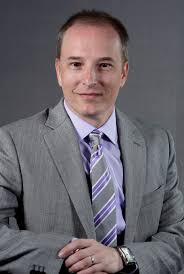 Benjamin Cawthra is a twentieth-century U.S. cultural historian. He also teaches public history and has experience in the museum field. His book Blue Notes in Black and White examines the evolving representation of jazz subjects from the swing era of the 1930s to the black nationalist 1960s in the context of the civil rights movement. His current projects include The Redemptive Lens, in which he investigates the ways photojournalists and filmmakers envisioned Italy as it recovered from fascism and World War II and navigated the early years of the Cold War. He has served as a consultant for the National Endowment for the Humanities, the University of California and University of Chicago presses, and the Go For Broke National Education Center in Los Angeles. As a public historian at the Missouri History Museum in St. Louis, he curated, among other exhibitions, Miles: A Miles Davis Retrospective (2001). He is an associate director of the Center for Oral and Public History and has directed several history exhibitions, including New Birth of Freedom: Civil War to Civil Rights in California (2011) and Keystone Korner: Portrait of a Jazz Club featuring the photography of Kathy Sloane (2015). He received the Henry Luce Foundation/American Council of Learned Societies Dissertation Fellowship in American Art and the Cal Humanities Community Stories grant among other awards and taught for two summers (2012-13) in Florence, Italy in the CSUF Study Abroad program, with courses on American writers and artists in Italy and modern Italy and film. He also teaches a University Honors seminar in jazz and American culture and maintains a blog at bluenotesinblackandwhite.com. He joined the CSUF history department in 2007.