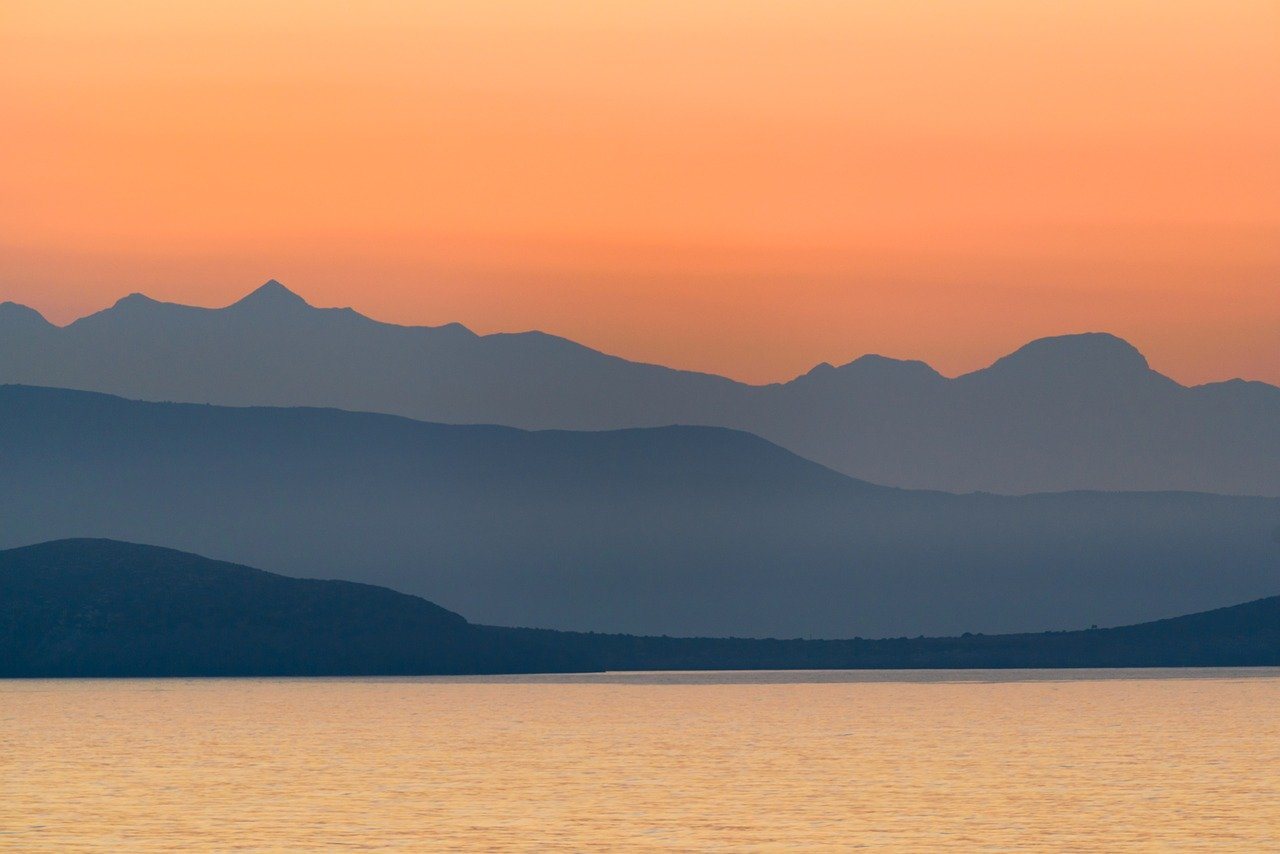 Lately I’ve been trying to carefully observe myself and the world around me. I’ve been trying to see things for what they are, and not just for what they appear to be. And I say that I’m “trying” because one conclusion that I keep coming to is that no matter how hard I try, I will always simply be me, as I am, viewing this incredibly complex world through a lens that is limited in scope to say the least. It’s as if there’s an extravagant party happening in the mansion, and I’m trying to see what’s happening inside by looking through a keyhole on the kitchen door. I know there’s plenty of grand and exciting things happening, but for now all I can do is trust that with enough time I’ll be able to put a few pieces together.

I tend to have quite an obsessive personality, and I have definitely jumped around a lot in my life. From a young age my parents could see that if I was going to try something then I really wanted to try it. If I was riding horses then I wanted to be the cowboy! If I was playing music then I wanted to be on the stage becoming the best entertainer I could be! When I went to church I wanted to look the part, and when I wasn’t going to church I wanted to have all of the perfectly good reasons why I wasn’t. I’d like to say that this kind of “all in or nothing” attitude came down to a desire to give 100% to everything I was doing, but honestly in hindsight I can say that I wasn’t trying to go all in on anything. Rather, I think I was trying to give the appearance that I knew what life was all about when in reality I had absolutely no idea, and in trying to appear to be something, I now see that I was simply hiding the fact that I knew nothing. To me, the appearance of having the answers was more important than actually having any answers, and so I jumped around from one thing to another, always tasting but never being nourished.

Have you ever noticed that we all seem to think we have the answers? You only have to look as far back as your last family gathering to see that we all have a pretty unhealthy relationship with the words “I don’t know.” Just look around the world and see the division that is created simply because we can’t admit that we don’t have all the answers. Left vs right, religious vs atheist, woman vs man, black vs white. Every belief structure is the one true way, every ideology is the winner, every experience is the truth. But how could that be? How is it that there are so many ways, so many winners and so many truths? Well if you’ll let me, I’d like to invite you to look through the same keyhole that I’m looking through so that you might see what I see. Get comfortable, turn on your imagination, and meditate on the ideas to follow.

How do humans perceive time? Well, it seems clear that we have an extremely narrow vision of time. This narrow vision is probably shown most clearly in our tendency to think only within the confines of our own lifetimes. We’re driven by all kinds of biological and psychological phenomena that help us to survive day to day, week to week, and month to month until we inevitably die, but even after we have ceased to perceive the world, which is really all that death is, the world keeps on going as it always has, and the elements of the body will continue to repurpose themselves as they always have. So in order to fully understand the philosophies, religions, ideologies, and belief structures that we cling to so fervently we must first begin with the understanding that our ability to perceive them is far younger than they are, and therefore these ideas have been perceived and used for far longer than we have been able to perceive them. And let’s take it one step further and recognise that our own biological makeup has been forming itself since the beginning of time, so you aren’t simply you and your beliefs aren’t simply your beliefs, but rather you are a mix of the millions of people who came before you, and your beliefs are the result of thousands of years of those beliefs being conceptualised, formed, upgraded, updated and perfected.

I bring us to these kinds of thoughts because if we’re going to think that we know anything then we had better start by knowing the things that are far older than our ability to know anything. And when you come to this place, doesn’t it seem that we don’t have ideas, but that ideas have us? Why else would it be so difficult to admit when you’re wrong? You’re being run by an idea that predates you, and you’re believing that idea while using circuitry and wiring that has been in the works since long before you were here. And not only can this bring a certain level of understanding about the way that you act, but try for a moment to see how humanity acts. View, for a moment, the movements, wars, mass migrations and state formations of the world and you, too, might see that these seem to be result of ideas and beliefs playing us like toys.

Now that I look back on my own life so far I can see, as I’m sure you could if you look back on yours, that I’ve been played like a toy time and time again. I haven’t had many ideas. They’ve had me. Am I angry? No, I’m no more angry than an amateur chess student being bested by a grand master. I’ve got lessons to learn and I hope to learn them, but it wasn’t until recently that I truly began to understand the path that I needed to take in order to welcome the best ideas into my life.

See, last November I made a choice to leave a full-time position as a gym manager so that I could spend more time coaching my clients, creating this podcast, and above all trying to learn more about what would make me a whole human being. This decision was difficult because it represented a massive shift in my life and a risk that would likely place a lot of responsibility on my shoulders. However, the funny thing is that it was one of the easiest choices I’ve ever made because it was the result of a previous commitment I’d made to never choose expedience over principles when it came to my direction in life. I was ready to refine my direction and follow a path that would sustain me through every trial, every stumble, and every curve along the path.

So as soon as it made sense to me I decided that the best thing that I could do would be to pursue meaning – to pursue the things that would, at least in my view, justify my existence. But it was so much more than this. It was a decision to trust that if I pursued goals that were real then my satisfaction would also be real. It was a decision to be vulnerable, to go on an adventure, and to realise once and for all that what I knew about being an effective human being really only scratched the surface of what there was to know.

This understanding, as far as I can see, is the necessary precursor to a life of philosophy. We need to come to that point where we realise that our knowledge and understanding is undeniably limited. And when you know this then all that’s left is to ask more questions. What do I want? What do I need? What does this mean? Why does it mean that? In other words, you see that all life is and all it will ever be is the simple art of asking better questions with a desire to know as much as you can know, despite your limitations. This is a life of philosophy, and I now see that it’s a life worth aiming at.

The Stoics knew all this, and in fact I believe that they asked three of the most important questions anyone could ask:

When I learned that these were the ultimate questions the Stoics were asking I decided to put down my books and to let go of my preconceived notions of discipline and effortful study. I did this so that I could experience philosophy from the other side – the human side. I didn’t want to simply fill my mind with other people’s rationalisations and ideas as I’ve done in the past, but rather I wanted to see what would happen if I simply listened, payed attention, and asked better questions. This was my true moment of conversion. This was the time when I realised that the life of philosophy, the examined life, was the ideal I needed to aim at.

What I’ve found during my brief experimentation with this kind of aim is that joy is almost always achievable because there’s always something new to wonder about. See, if your aim is simply a life of philosophy, which is the constant pursuit of wisdom, then you’ll always be hitting your aim while simultaneously finding new aims, because there’s always a new question, there’s always a new curiosity, and there’s always something you don’t quite understand. And if you fall in love with the pursuit of wisdom and understand that there’s actually something quite beautiful in not knowing, then you see that the point is not to have complete understanding, but simply to ask. To wonder.

Finally, if you’ll follow me for just one more idea then I’d like to suggest that the ultimate joy in a life of philosophy comes when you’ve examined and questioned even your own reasoning capabilities to such a degree that you come to one important question: how do I know that I’m right about any of this? This is one of those questions that the Stoics would have asked, and when you understand that really it’s quite impossible for you to have unadulterated reason and perfect understanding, then you’re left with only a few places to go: surrender, gratitude and an everlasting wonder that will sustain you forever as long as you never stop asking questions. The game of life is one that is ultimately impossible for any one individual to learn, but just because it cannot be learned doesn’t mean that it cannot be won. We win by, as I suggested earlier, remembering that there are some things that are bigger than we are. One of those things is the human species – a force that was here long before now and will likely be here long after you and I die. Maybe, just maybe, we win the game by helping humanity to win the game. Maybe if you were to dedicate yourself to asking the right questions and learning what it takes to live a good life, then you would inevitably send ripples out into the lives of millions, if not billions, of individuals now and in the future, and just by your dedication to the pursuit of wisdom you would be helping the entirety of humanity to win the game. And this is where I’ll leave you. To think, to wonder, to question and to sit with these ideas.